It’s hard to mask my disdain for NFS as a storage protocol for vSphere; however, as the NetApp marketing machine goes it has convinced a lot of my customers out there that file is good and block is bad.

Ran into a particularly interesting scenario where NFS won’t mount for select servers on a ESX 6.5 cluster build.  Some hosts are able to latch on to the mount point where others do not.

Long story short I ended up going into the firewall settings on problematic hosts that were unable and point and had to specifically whitelist the NFS server IPs.  For reasons unknown to me some of the hosts automatically did this while others did not. 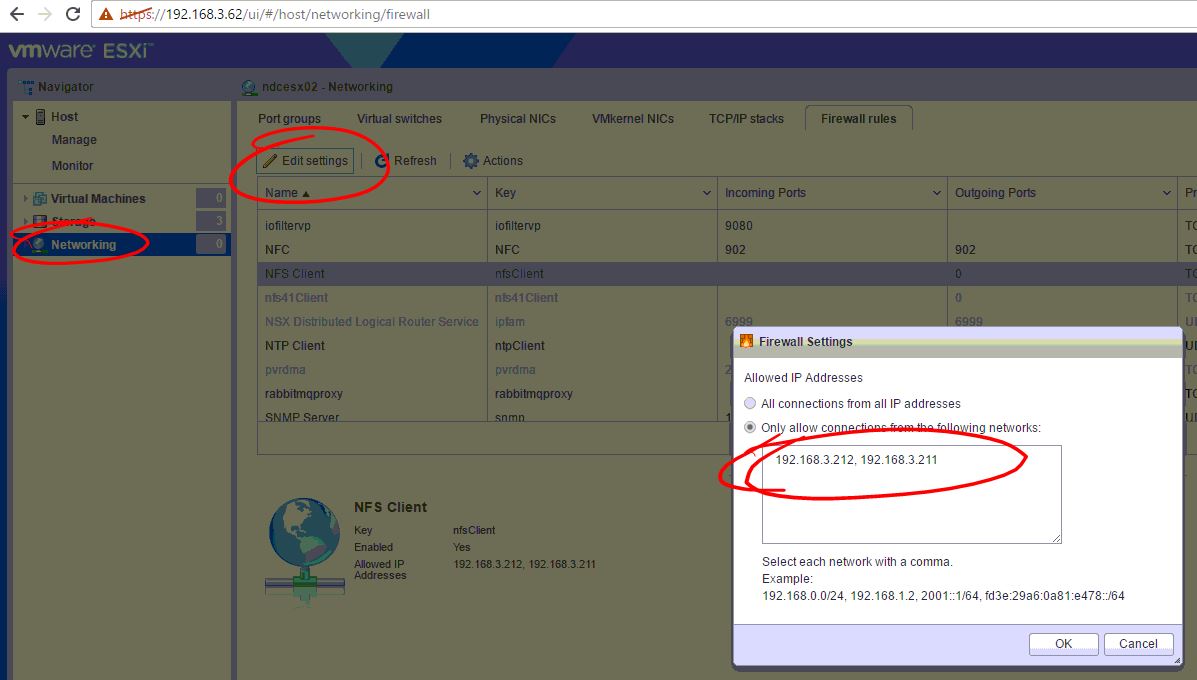 When you remount the NFS to that host you still might get the same error message but in the end it will just magically enlist itself as a registered host when you do a refresh.

Update:  Still had issues even with ACL, then I ended up deleting all dormant vSwitch that were formally used for Management having switched to dvSwitch.